Crocs, as a company, really does try. You have to give them that, if nothing else – they honestly, sincerely want you to put on their shoes. They promise customers that the feeling of slipping one on is incomparable and that Crocs may just be the most comfortable shoes ever invented. They'd really rather you not mention the fact that they may simultaneously be the ugliest. Just try them on. They swear you'll never want to take them off, so long as you don't look down.

It's a fine goal, to be sure, but there are more holes in that logic than in the shoes themselves. There's no getting around the simple fact that Crocs are ugly. It is a truth universally acknowledged. Even the most deluded Crocs lover will concede this point, though they will invariably swap the word ‘ugly’ for ‘quirky’ or ‘unusual’. Regardless, the end result is the same: these people know that the footwear they don is unattractive. They are large, chunky, lurid and punctured with holes. They are to your eyes what second-hand smoke is to your lungs.

They're not even tolerably ugly like cheap flip-flops or Birkenstocks. They're blaringly, violently distasteful and while most trends of such an obviously unfashionable nature don't tend to survive for exceptionally long, Crocs have. They've spread like an infection to the furthest reaches of the globe. People, for no discernible reason whatsoever, are dying to get their hands on the most unsightly footwear imaginable. Consumers worldwide are abandoning their dignity and going out on the town in their neon orange – or pink, or blue, or yellow – Crocs.

The question remains: why does anyone wear these Crocs? It can be chalked up to mass insanity, but if one were to ask the average Crocs fan why they wear them, they will undoubtedly answer, “Because they’re extremely comfortable,” repeating the same argument that goaded them into trying the monstrosities on in the first place. These Crocs people truly believe that this is reason enough to wear these hideous shoes. Following this logic, they must believe that going to the market wearing only their underwear or a bathrobe and slippers is just as acceptable.

The most disturbing aspect is that the level of comfort that can be gained from a pair of Crocs is minimal at best. The rubber-like substance that the Crocs are made from sticks to the sole of your foot like hot tar and the strange friction of the shoe against the ground makes it nearly impossible to walk normally, resulting in the unflatteringly named ‘Croc-walk.’ It is particularly noticeable when attempted by children.

However, reminiscent of cultists, Crocs fans will defend their shoes to the bitter end, never giving in to reason and never offering an explanation that can be backed up with supporting arguments. It’s as if these people do not know how to defend Crocs and cannot put into words why they are so enthusiastic about them. None of these people have anyone nearby telling them to change into respectable shoes; everyone around them is usually wearing Crocs, too. It starts with one member of a community and infiltrates the closets of neighbours, friends and children. Soon, everyone is wearing the shoes that only months ago, they all were mocking. It's quiet, it's subtle, and it sneaks up without warning, but soon entire regions become infected. The sane find themselves suddenly in the minority, standing up to such a monumental threat to good taste. They are brave, they are righteous, and they are not alone. 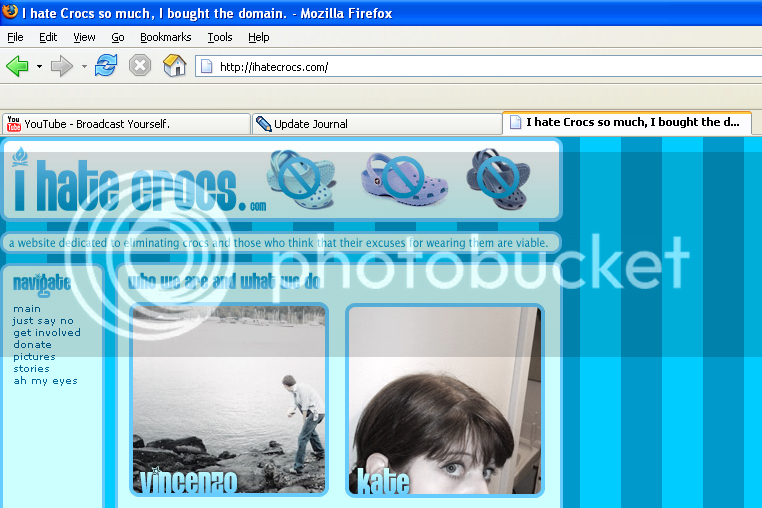 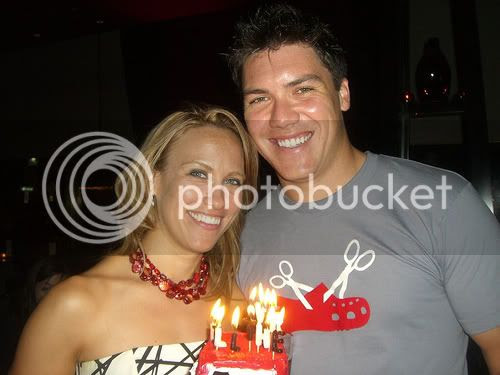 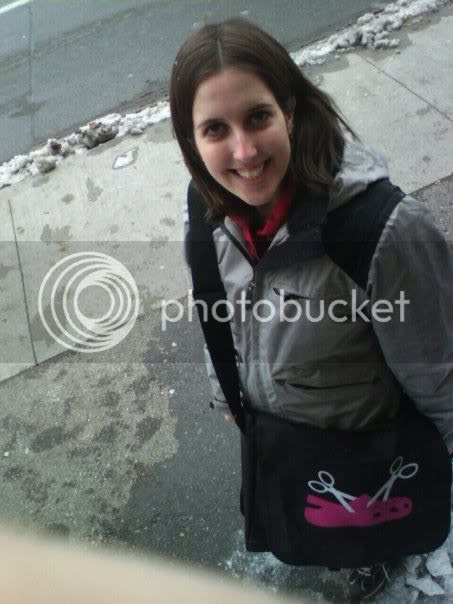 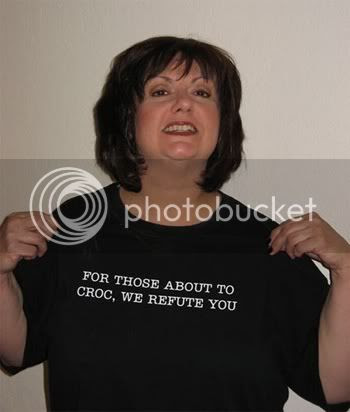